The President of Azerbaijan and other officials of this country while speaking about Armenians used offensive and racist remarks such as “enemy”, “fascist”, “dishonest and treacherous”, “unbeliever”, “inhuman”, “people of unknown origin”, “cave tribe”.

President of Azerbaijan I. Aliyev 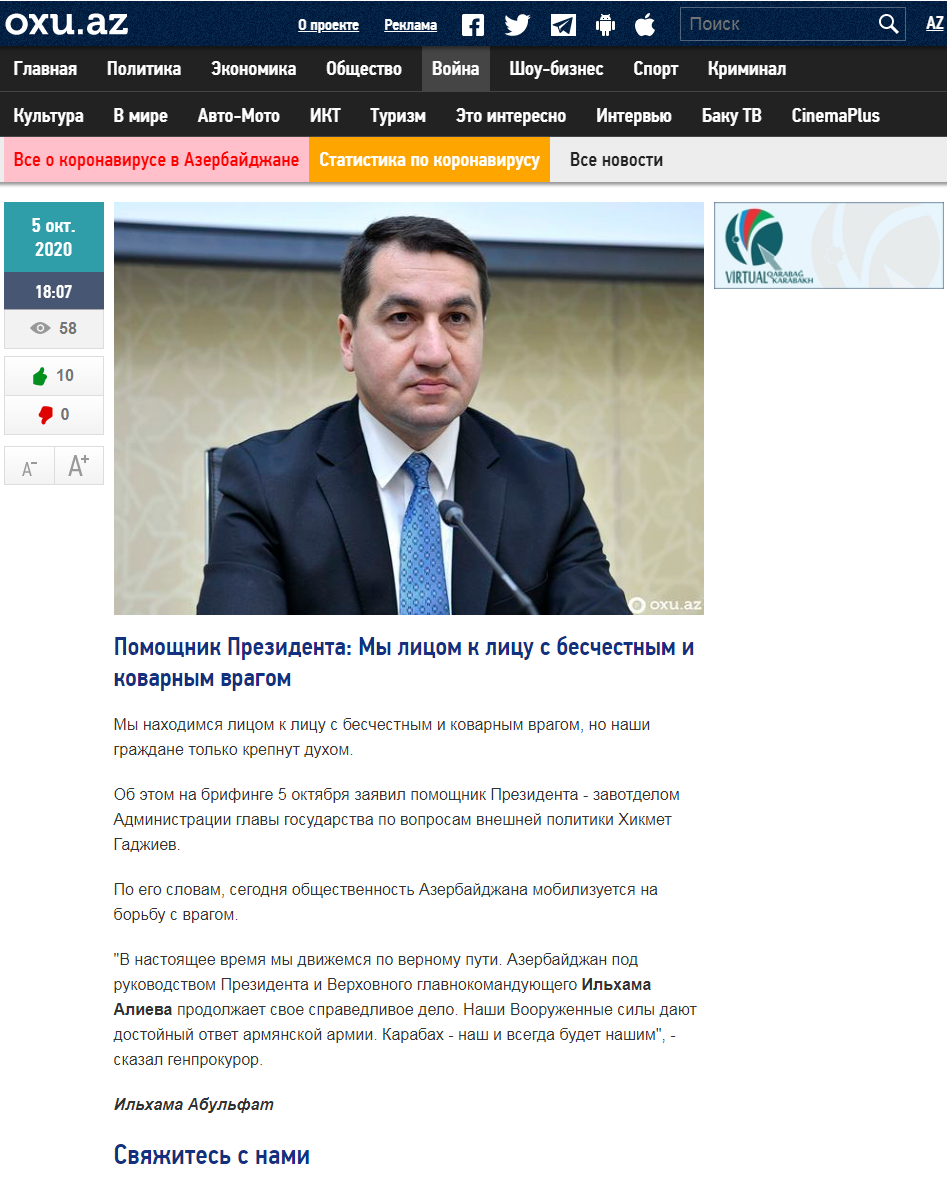 28.09.2020, Тrend.az – Chairman of the Parliamentary Committee on Science and Education, Bakhtiyar Aliyev

“All these once again show that Armenians are people of unknown origin, living as a cave tribe…”

“Armenia is a rabid dog. They no longer understand that the rabid dog is cured, there is a needle for it. Today, Azerbaijani Army shot that needle and will continue to do so”. 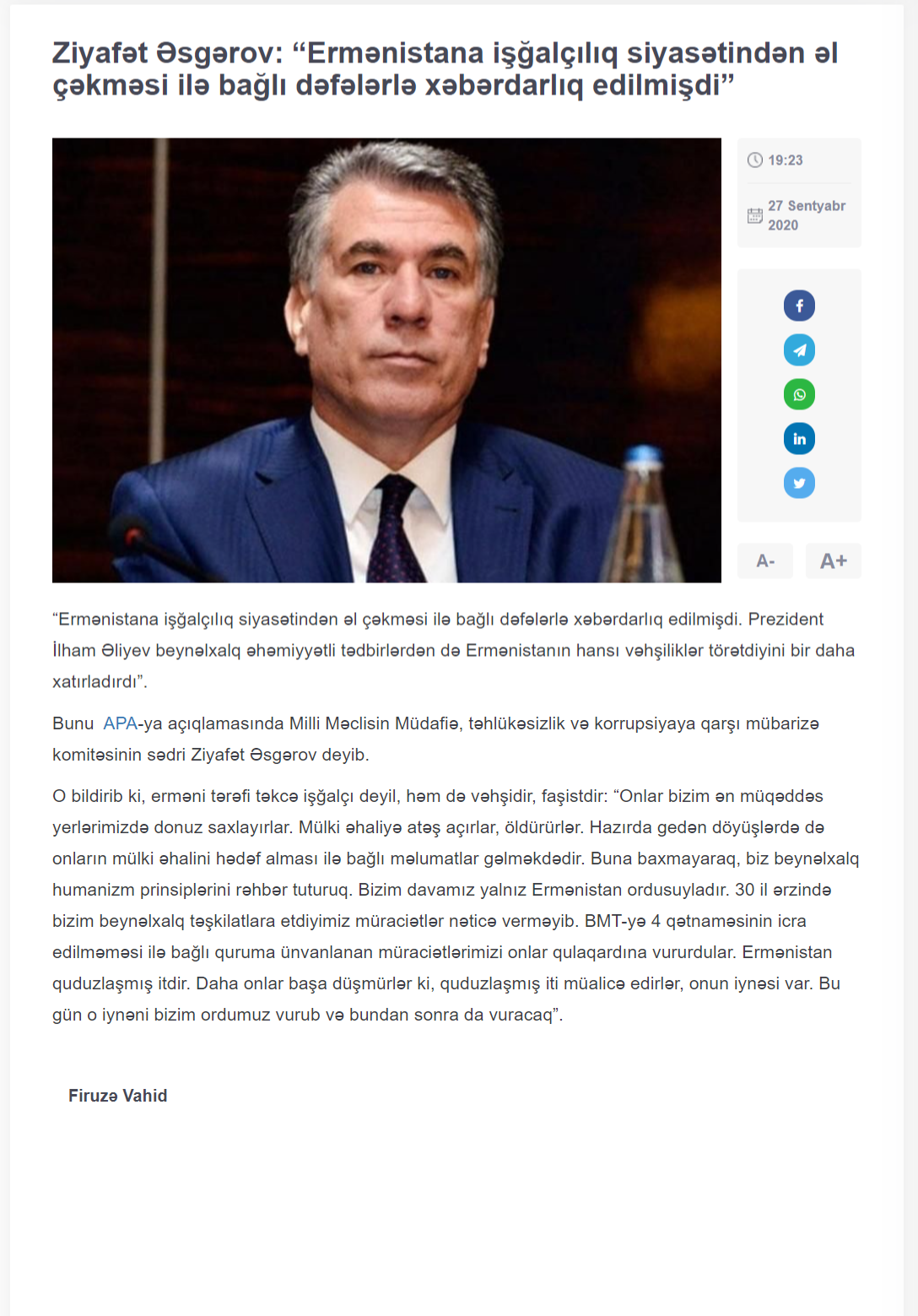 “You don’t have to sit at a negotiating table with terrorists and vandals, you need to continue the destruction operation. They must kneel down in front of our army…”

09.12.2020թ., Yashar Huseyn. On the calls of Azerbaijani Armed Forces at the Baku military parade

During the military parade rehearsal in Baku, on December 10, Azerbaijani Army / soldiers were chanting, “Who is an Armenian? We will destroy the enemy.” 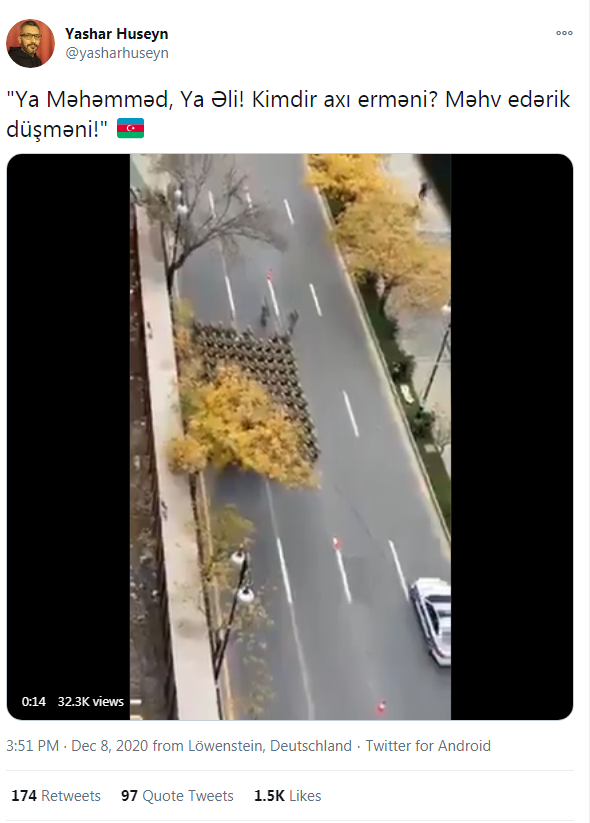