During the Second Artsakh War, propaganda and encouragement of anti-Armenian violence at the state level significantly contributed to the spread of such calls from Azerbaijani social media users.

Furthermore , a study of records of Azerbaijani social media users shows that mass calls for violence were organised and encouraged at the state level, and were also the result of hate propaganda against Armenians by Azerbaijan.

Those records show that the users who spread such calls encourage and justify the use of violence against ethnic Armenians, including women and children. A significant part of these users call for the physical destruction of Armenians with the use of weapons, which is accompanied by such statements:

“Kill all Armenian children,” “bury them alive,” “do not capture them, kill immediately.”

“… That is why we are asking and demanding from our military that they not feel sorry for our enemy. Do not offer them to be captured. Kill them on the land of Karabakh. Make Karabakh a cemetery for them.” 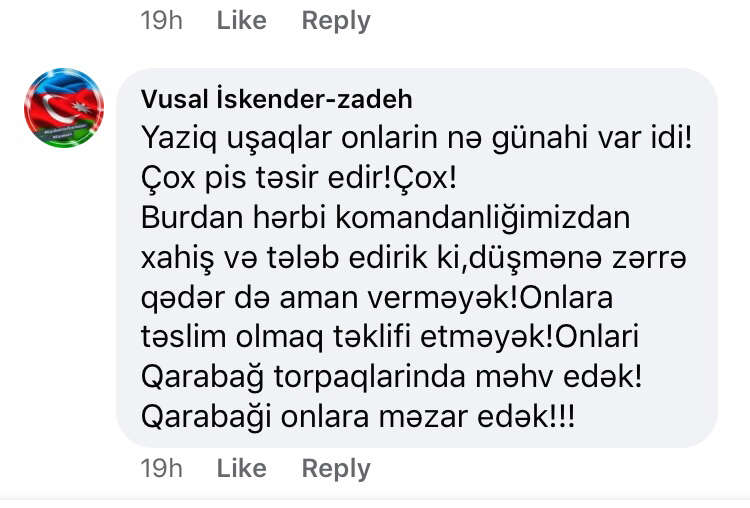 “My beloved sons, do not believe them. Their wives and children are spies, agents, and scouts. Kill them!”

“Our children will die as long as you say that we are not killing Armenian children.”

“We do not need to feel sorry for Armenian children. They threw stones at me, when I said that we should kill children and old people… Armenian will not change. The best Armenian is a dead Armenian.” 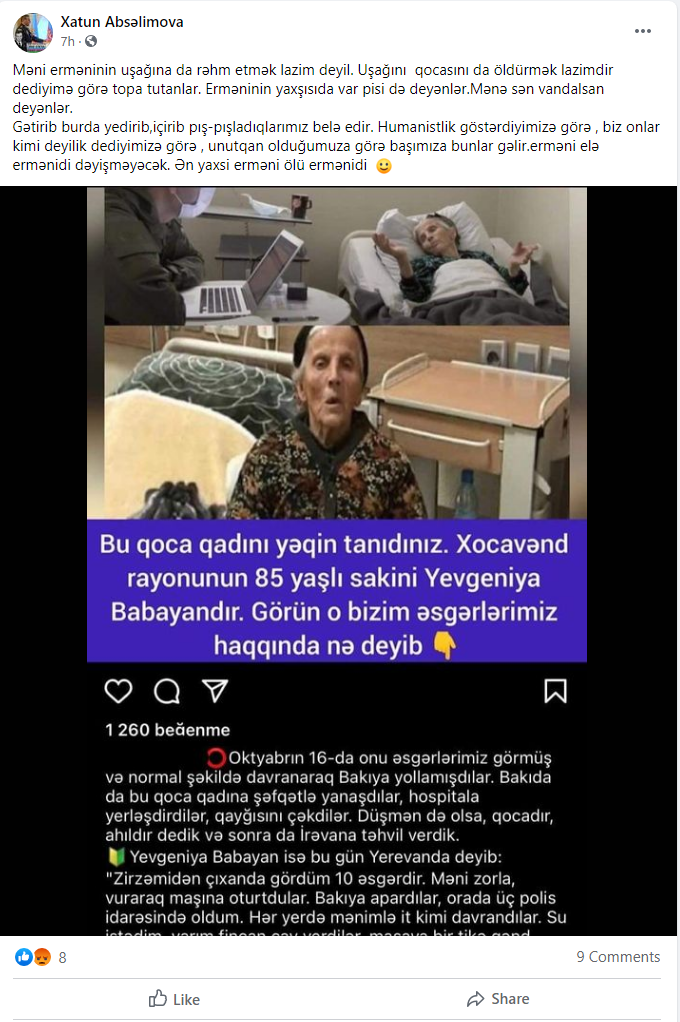 “Armenians are the most shameless, unworthy, and disgusting people in the world. These shameless people have 13 terrorist organisations. They must be wiped off the face of the earth so that there will not be such a nation.” 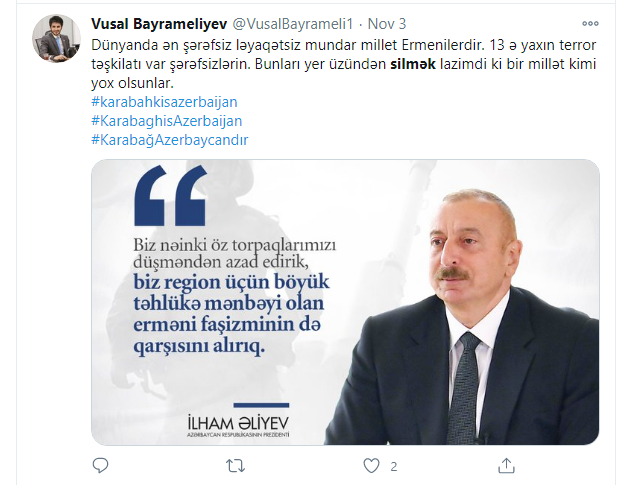 “… All people with Armenian names must be killed.”

“I have special respect for those who killed Armenians in Sumgait. In Barda, we made Armenians Azerbaijanis. How many people were killed by the children of the same people during this war? But I do not consider myself a fascist.”

“The generation of these people must be destroyed. They are so shameless and worthless that they must be gathered together and buried alive. And then people will say that we should live with them in the same place. How can we live with such worthless people…” 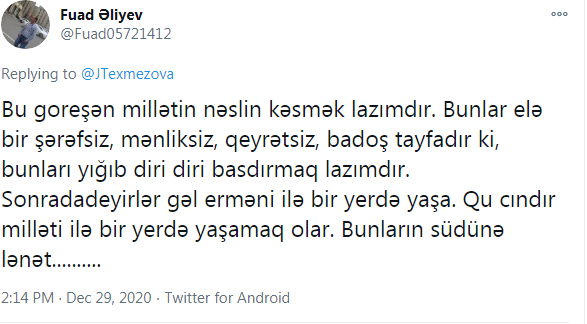 “We should not capture them anymore. They like that. They are fed, warmed, and then we return them. These scums must be killed on the spot.”

“If they are captured, they will be released to Armenia. It is better to shoot them on the spot and say that they refused to be captured.”

“… There is no sense in capturing them… Yesterday Armenia made an official statement saying that there were not any Armenian military forces there and they did not know what was going on. Therefore, it is necessary to divide into pieces all these Armenian hooligans and show them to the public.”