The active participants of the anti-Armenian propaganda at the state level in Azerbaijan are not only state and political figures, but also public figures, including eminent doctors, cultural figures, and publicists. During the Second Artsakh War, the latter organised hate speech against ethnic Armenians, the aim of which was to dehumanise and demonise the image of Armenians.

“insidious”, “faithless and inhuman enemy”, “savages”, “sneaky” and “deceiver.” They compared Armenians with mediaeval barbarians: “This is a war of civilization against mediaeval barbarism.” As a main feature of an Armenian, they noted “betrayal,” “lie,” and “cruelty.”

“The liberation war of Karabakh from the Armenian occupations is not only a patriotic war of the Azerbaijani population for their territorial integrity, but also a war of civilization against mediaeval barbarism, a war of moral values of humanity against the clerical egoism of Armenian nationalism, a war for peace and stability in one of the key regions of Eurasia.”

“The hated enemy is being driven out of our occupied lands. This way, Armenian vandals, thirsting for human blood, receive a well-deserved punishment.” 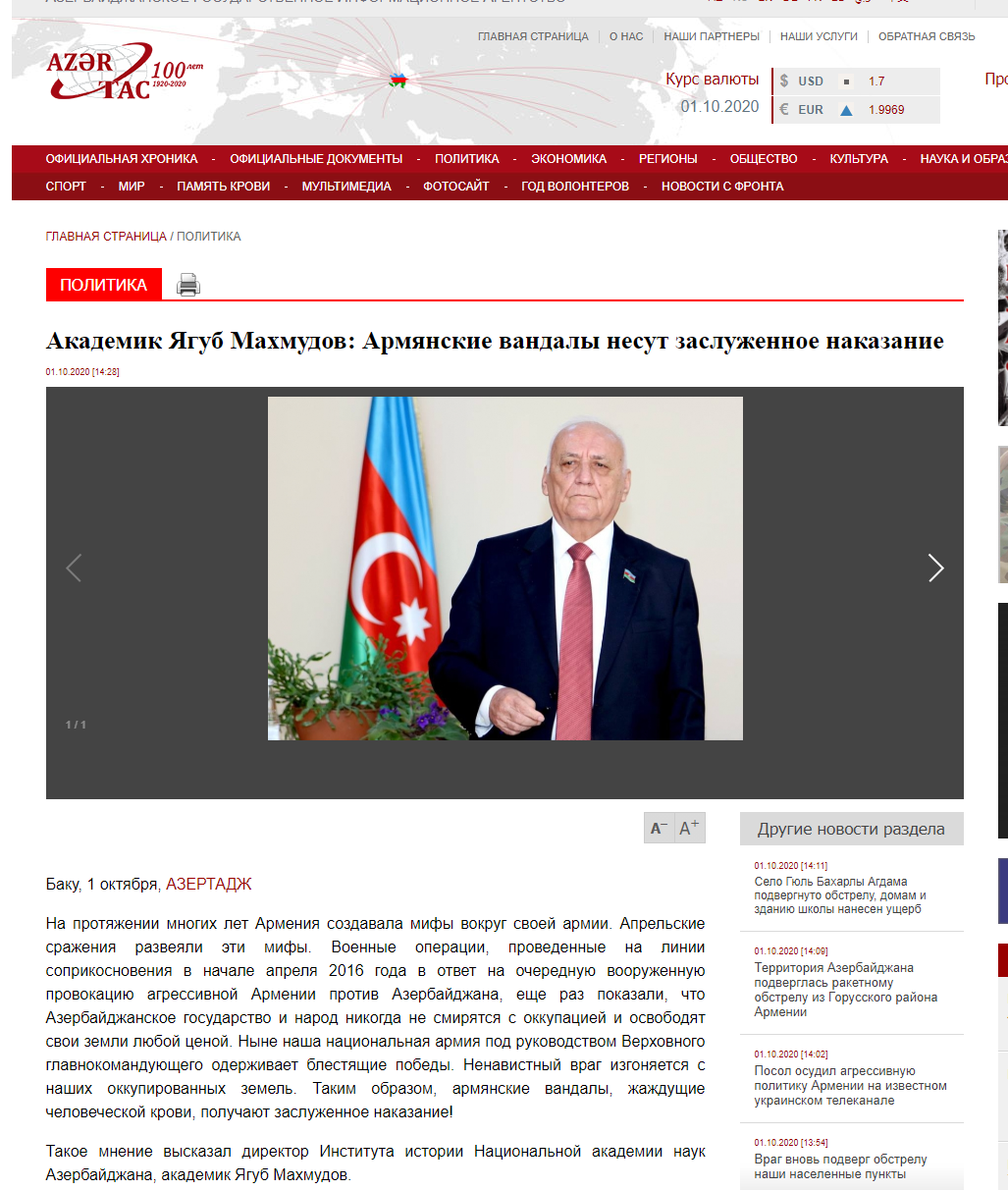 “Armenians with humiliation are trying to deceive the whole world.”

“Armenians behave like mediocre actors, trying to deceive the entire world with their meanness and cunning by spreading misinformation and lies. They have been doing it throughout the entirety  of their fictitious history. Betrayal, lies, and cruelty differentiate these vandals and barbarians…”

“CSTO should ponder whether they need such a sneaky ally as Armenia.”

“History has shown that one of the main factors in the collapse of such a great state as the USSR was the bloody Armenian separatism that took place on the historic lands of Azerbaijan. We tried for 30 years to find  a peaceful solution but Armenian fascists continued their vandalism on our lands all that time. The time for liberation has come!

…Armenians with their mother’s milk absorb hatred and aggression against their neighbours, in particular, Turks and Azerbaijanis. This way, they create their national fascist ideology and transfer it to their offspring. Armenian pseudo historians and pseudo politicians destroy their nation by giving them the idea of antiquity and superiority over other nations…”